Although there are a myriad of intersectional feminists who are fighting to dismantle the pillars of patriarchy, they seem to lack a certain brand of feminism that has been missing from India for so long – A brand of feminism that combines fighting against the oppression of women in India and simultaneously fighting for the sexual freedom, financial independence and greater recognition of the strength and power of your average Desi woman.

This void is steadily being filled by Chuskipop, an hour long, biweekly podcast by Sweety and Pappu, two proud Indian women who are unapologetically vocal about their body, sexuality, intellect and the power they yield as brown women.

Chuskipop, “the Brainchild of Sweety”, as Pappu endearingly calls it, was created by Sweety as a “creative outlet to deal with the stress of moving” to Canada, far away from loved ones. Sweety, an artist based in Canada, decided to reach out to Pappu, a writer based in the Middle East and a childhood friend, to create something special, something that would help them connect with other Desi women all around the world. Pappu recalls being initially terrified and simultaneously flattered that Sweety chose to reach out to her. “I tend to be an introvert and I’m not the kind of person to openly voice my opinions a lot – but something stirred inside of me, which prompted me to say yes”.

“We wanted to create something entertaining, raw and rebellious – something that celebrates Desi Female friendship”, quips Sweety. “We did this so we could create a safe space online, to voice our dissent through creativity”.

What’s interesting, puzzling and slightly melancholy is both women have decided to remain anonymous, adopting traditional Indian monikers Sweety and Pappu. “Well, both of us were born in the Middle East so we still have family there and Pappu still lives there – living in the Middle East, it’s kind of scary”, Sweety ponders, with slight discontent. The lack of freedom of speech and oppression against women in many parts of the region discouraged the Chuskipop duo to openly speak out. India’s conservative nature acted as an added deterrent – “a lot of our topics may not be taken the right way, especially in relation to relatives; we just didn’t want to run the risk of rubbing someone in the wrong way”.

Chuskipop’s popularity is evident from its steadily increasing social media following, which is no surprise at all. The hilarious, authentic podcasts range from topics about periods to the archaic concepts of marriage in the Indian community – topics that are incredibly relevant and relatable to the majority of Indian women, who want to speak up but may be scared of the repercussions it may bring. When talking about the possible expansion of the Chuskipop brand, Sweety mentions working towards making short films and animated shorts while Pappu talks about wanting to collaborate with specific charities who are involved in elevating the already powerful feminist movement in India.

The Chuskipop duo are also incredibly passionate about helping social causes, ranging from women’s empowerment to increasing the rights of the LGBTQI+ community in India. When asked about whether they had any interest in joining the Indian political scene, both of them fervently deny having any interest. “India has a very intense and frightening political landscape that neither Pappu nor I see ourselves being a part of. Although, we absolutely want to be part of the overarching social justice movement and fight alongside our peers, who need our support” muses Sweety.

In addition to the podcasts, Sweety also creates a very distinctive flavor of artwork that is inspired by 70’s, 80’s and 90’s Bollywood Heroines. The backdrop of the artwork consists of these golden divas, draped in heavy kajal and colourful prints, is fronted by powerful quotes such as ‘A woman does not have to be modest in order to be respected’ and ‘Behind every successful woman in a tribe of other successful women who have her back’. “We have been getting so many requests for prints, so we might work on that”, says Pappu.

The juxtaposition of the quotes with the many actresses representing the stereotypical, submissive Indian woman is a direct hit to the Indian film industry and to the patriarchy, unfortunately, ruling India today.

Talking about 90’s Bollywood Heroines leads to Sweety reminiscing about her childhood and how almost every Bollywood movie was written through the ‘male gaze’ and male point of view – “it was honestly exhausting and boring. Growing up in the 90’s and being exposed to rape scene after rape scene was incredibly harmful for young girls – I grew up feeling very confused about sexuality and couldn’t process as to why men kept on physically abusing women in every single Bollywood movie I watched”.

“What frustrated me even more was every movie showing the Indian hero stalking his heroine until she succumbed to his advances and magically fell in love with him. The violent rape scenes, men slapping women to put them in their place or trying to steal their honor – it was horrifying. If this is all Indian men watched growing up, no wonder they feel like they are entitled to a woman’s time”.

Talking about whether the Indian film Industry has been sexually empowering towards woman, Pappu adds that the difference between objectifying women and sexually liberating them is “simple a matter of finding out who is writing/directing the specific movie and who its being written for. More often than not, Bollywood masala films with “Item songs” are written and directed by men, with men in mind as the audience”.

Although, Sweety does mention watching positive Bollywood sexual role models such as Helen, Rekha and Sridevi, woman who would “dance and strut around, blending naturally refined sexuality with power, humour and a whole load of sass”.

One of the aspects that are admiring and refreshing about Chuskipop is how sex positive if is – India, like most South Asian countries, is a very conservative country, where sex is a taboo subject in most households of almost every socio-economic level.

Sweety believes that India has a long way to go to become a sex positive nation for both men and women. “The nation harbors a very sexist and uninformed idea of women’s sexuality and it shocks me that we come from a culture that used to be very sex positive but is now so fearful of discussing a subject that is so natural and primal – sex plays such a big role in our daily lives”.  Although, she has hope that things will eventually change, Pappu adds that India needs a massive overhaul in social norms and the media’s portrayal of women. “The government can possible play a bigger role in education people about human sexuality, as long as they are well informed about it.” 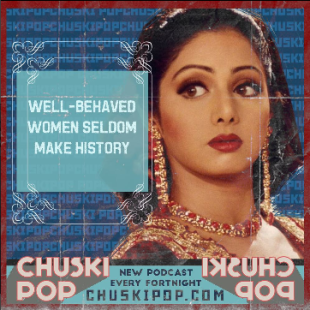 But, for India to move towards becoming a more progressive, sex positive society, the horrifying and uncontrollable rape culture needs to end. “Sex being a taboo subject does play a small role in fueling rape culture, but it stems more from our patriarchal society and a strong desire for Indian men to be in constant control. The average Indian man is raised to believe that they are entitled to a woman’s body and her time whereas the average Indian woman is raised to be quiet and subservient”, says Sweety.

“Also, there is a strong tendency for victim blaming – the fact that the Indian legal system does not even recognize marital rape shows how broken our system is”, says Pappu. She adds, “When it comes to consent classes in India, our sex education does not impart clearly instructions on asking for consent and giving consent. We constantly mention on our podcast of how traumatic the extended rape scenes of 90’s Bollywood were – it was such a weird, hypocritical time where natural acts of showing affection were considered scandalous while no one batted an eye over rape scenes. Although, I can’t really say that the movies nowadays are any better”.

Marital rape not being considered illegal in India, when a spouse is over the age of fifteen, has sent shockwaves of disgust all over the feminist movement in India. It is also an issue that visibly angers the Chuskipop duo very much.

Maneka Gandhi, the Union Cabinet minister for women & children has justified this (might I add pathetically) by stating that the international definition of marital rape ‘can’t be suitably applied in the Indian context due to various factors like level of education/illiteracy, poverty, myriad social customs and values, religious beliefs etc.’. Sweety adds, “I’m not sure why illiteracy and poverty should be an issue, because marital rape can happen to anyone, regardless of their caste and creed. Obviously Maneka Gandhi has it very, very wrong, either she’s incredibly uninformed or playing a political game of chess. I know she used to be against marital rape, so I wonder if someone is pressuring her to say otherwise. There’s definitely no exceptions when it comes to marital rape – a man does not have any right over a woman’s body, no means NO. I’m not sure when it will be overturned, but from reading the news, there’s enough dissent around this issue so I’m hoping that things will change soon.

Pappu explains that “The most dangerous tide against the feminist movement in India is in the form of those who knowingly or unknowingly prescribe to an inherently patriarchal view of the world. Their inculcated social mores and codes are from a patriarchal standpoint. The fact that Maneka Gandhi, as the Minister for Women & Child Development, with her inherent patriarchy fails to recognize the basic human right for example the right to your own body, is shameful to say the least”.

Pappu and Sweety are also invested in changing the racist and ridiculous standards of beauty, embedded in Indian culture. Sweety described not even being shocked at VOGUE India’s decision to put Kendall Jenner as the cover model for their 10th anniversary. 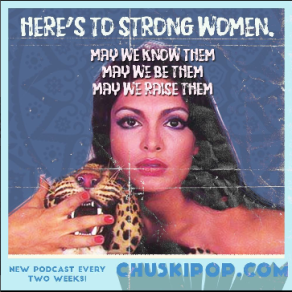 “They’ve always been tone deaf when it comes to women of colour. VOGUE India is fixated on the same archaic concept of beauty – that light skin is more attractive and that brown, Desi women don’t have a place in this world. They are perpetuating the concept of India women, with their brown skin, curvy bodies and thick lips are just not good enough.”

Sweety also outlines the inherent misogyny in putting Sushant Singh Rajput, a Bollywood actor with Jenner. “Why did they replace Rajput with Channing Tatum – oh yeah, Desi men have to have a place in Indian society, why not cater to Indian male ego”.

I ask whether we’ll be able to know the identities of these two modern day Jhansi ranis.

Sweety answers, with a lot of conviction. “When we are ready to come out, we will”.

“I guess anonymity does have its inherent benefits – one of them is that the listener to place us to be anyone. We could be that girl riding next to you in the subway or that someone sitting across you at a café”, Pappu mentions.

Hopefully, one day, their candor will bring eventual change in India, enabling them to express their thoughts openly and freely.

All Photos by Sweety and Pappu of Chuskipop

You can find Chuskipop on social media: